Due to bad weather which didn’t happen (see following post), my son had his kindergarten graduation this past weekend. They were supposed to have a big picnic and enjoy the outdoors, but it was canceled earlier in the week due to the possibility that it might rain. So they had a little party indoors and I hear it was really nice!

Oh well…I have 3 months or so to get used to that idea. For now…here’s a couple of pictures for Grandma and the aunts and uncles!

Christopher Gets His Diploma From Teacher Valerie & Teacher Gretta! 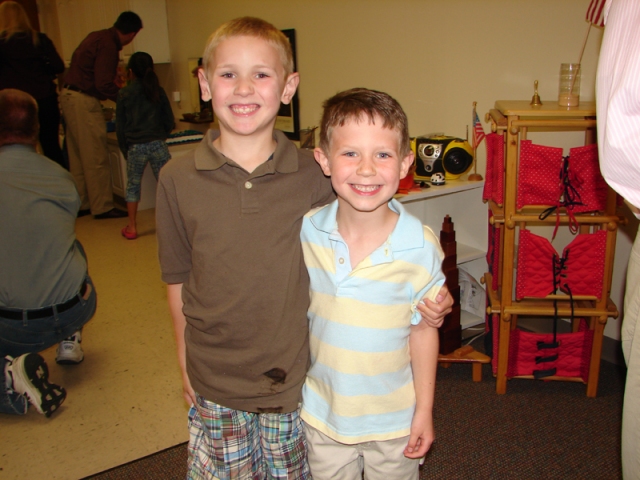 This entry was posted in Family Life and tagged graduation, kindergarten. Bookmark the permalink.