Today Was A Most Excellent Day…Part II

Later in the day, we had Ava’s Fancy Nancy 5th Birthday Bash! Scheduled a week AFTER her birthday due to work schedule conflicts, today turned out to be a very good day for it! Although it was a little hotter than we would have liked, it still was a beautiful day for a lot of different activities. Stephanie prepared all the food and drinks while Shayne & I set up the makeup tent. There wasn’t a “schedule”, but there was a lot on the agenda. Here are some highlights!

A Fancy Nancy theme and parfaits are on the menu! 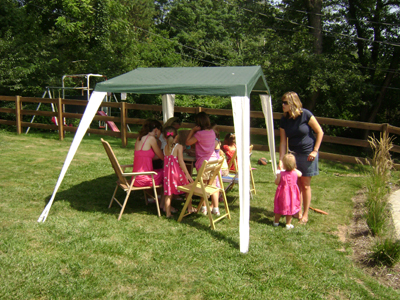 All the girls got their nails done… 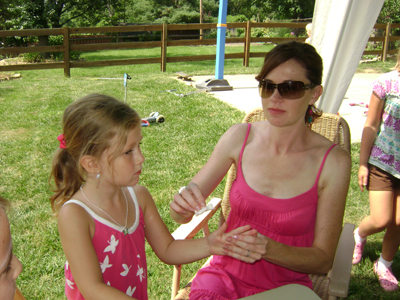 including Ava’s which were pretty pink! 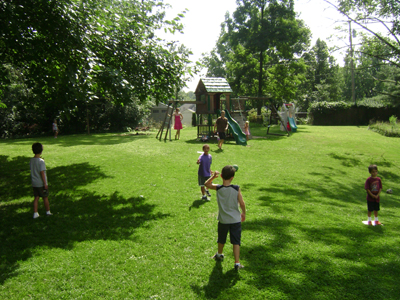 Meanwhile the guys all played kickball over at the neighbors house

Everyone lined up for a parfait 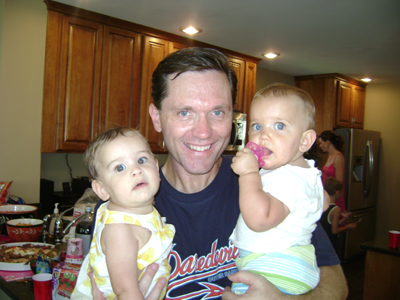 A random picture of me with 2 babies…to prove I was there. 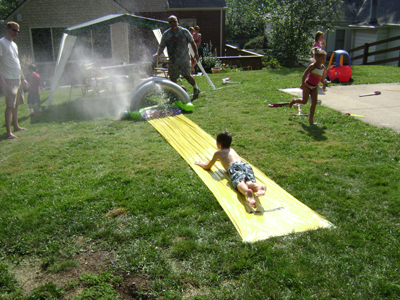 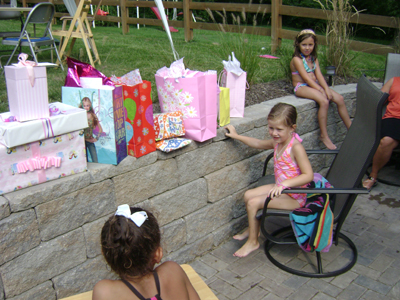 What a pretty dress!

Steph will be taking THESE to the next football game…

Everybody wanted to see the gifts 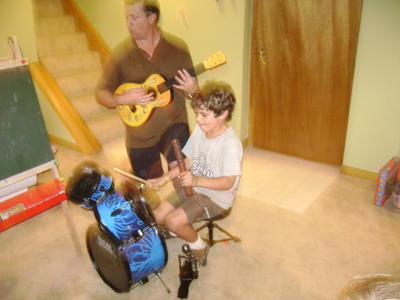 And then apparently there was a concert in the basement.

So if I were gonna sum up this day I would have to say…today was a most excellent day.

This entry was posted in A Look Back, Family Life, Kids, My Life and tagged Ava's Birthday, Fancy Nancy, fingernails, kickball, parfaits, waterslide. Bookmark the permalink.

3 Responses to Today Was A Most Excellent Day…Part II