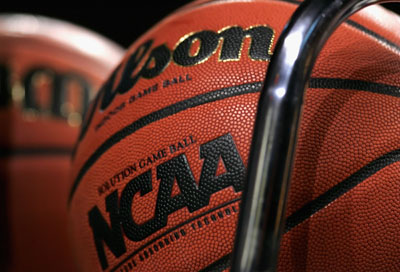 Event television. It’s not something you see everyday at 7pm during “Super Tuesday” or on a Saturday afternoon at 3pm on ESPNU. Event television is something you HAVE to see. It’s the Super Bowl. It’s The Kentucky Derby. It’s The Masters. It’s The World Series. And it’s definitely March Madness. It’s something special that you don’t get everyday. But now the NCAA wants to make the men’s college basketball tournament an event where EVERYBODY can get in…and that would be a huge mistake.

I understand the Bubble. Every year, there are a couple of teams that could argue that they deserve to be in the field of 65. If you’re a team from any of the minor conferences and you have a great season but you don’t win your conference tournament, you’re probably not getting into the Big Dance. And that does suck. But the arguments can begin now on whether it really matters or not. If you are Kent State this year, you went 23-9 and 13-3 in the MAC. But then you get beat by eventual MAC Tourney winner Ohio and you might not make it into the tournament? Seems unfair…right?

But here’s the catch. You’re STILL Kent State. You haven’t faced Syracuse or Kentucky or Kansas. You haven’t faced teams that are in the Big East or the Big Ten or even the Pac 10 all season. Maybe, possibly, you’ve taken on a couple Top 25 teams and made a good run of it, but you aren’t facing that level of competition every night of your season. Many of the bigger conference teams face Top 25 teams every other night! So…if a Louisville gets in with a 20-12 overall record, is it fair? Maybe, maybe not. But there is talk of the NCAA expanding the tournament to 96 teams so that Kent State CAN get in. Does that make it fair?

No. That makes it watered down. The problem with Kent State is that no one really wants to see them in the tournament. Really no one wants to see ANY MAC school in the tournament, or an American East team, or an Atlantic Sun team or ANY small conference team simply because, for the most part, they never get very far. Occasionally there is an upset, and that’s what makes the tournament so special. When Siena upsets Ohio State in the First Round in Dayton last year, THAT is a special moment. It is EVENT TELEVISION. And then Siena gets beat in the next round and all is right in the basketball universe. Is Siena gonna make it to the Final Four? Nope. Not a chance. So what does it matter? They came in, ruined some brackets and it’s all fun to watch. But in the end, it’s still gonna be Kansas or Michigan State or some other large conference school that wins the title. The Siena’s of the world have no shot. Which brings me to my point…

Why invite another 31 Siena’s into an sports spectacular event? What would be the point? Sure…you get extra commercial time. But what’s the point of adding commercials if no one is watching? Who is going to watch Pacific vs Northern Colorado? No one. So why invite them to the Big Dance? I mean, there is an argument that they both belong. Pacific went 20-11 & Northern Colorado went 24-7 this season. Both had very successful seasons if you look at their records. But who did they play? No one. Northern Colorado almost beat Oklahoma and Pacific didn’t beat anyone that I can see. So…what’s the point? Why would it be a good idea to reward these 2 teams with winning records a spot in an event as big as March Madness? So they can get eventually get their butts handed to them by a Duke or Georgetown? All for some advertising dollars?

I know the almighty dollar makes the world go around but do you really want to sacrifice an event that people have to watch and make it into another “Super Tuesday” where someone might be interested but not really? I’m an Ohio Bobcat fan and I think it’s awesome that my Bobcats are getting into the tournament this year…but I don’t expect them to win in the First Round. I figure they will be facing a #1 or #2 seed and they will be crushed. Is their early demise a better fate than the NIT? Yes. But they will be gone quickly and the excitement of seeing them play a big conference team will be short lived. This will be the same experience for the additional 31 teams that are allowed to play in a larger format. Nice to see ya…now go home.

There will be many arguments for and against expanding the NCAA field for March Madness. I am only presenting MY opinion. As a fan, I think it would be unfortunate if it happens. A watered down product is not something we need in these tough economic times. What we need is EVENT sports. And that is what March Madness is already. Don’t dilute the product just to make an extra buck. It ruins the fun of it. And it totally screws up the one sheet for my brackets…