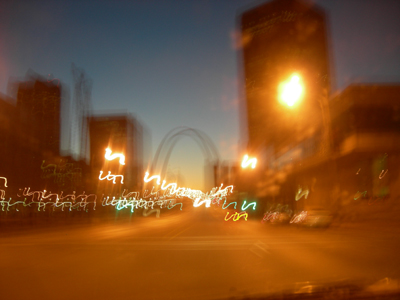 St. Louis after a few too many beers…and a long walk back to the hotel!

The Gateway To The West has never been my favorite place to visit. I’ve been here plenty, but never really had a chance to visit the city. Being from Cincinnati, we HATE the Cardinals, so I wasn’t exactly all excited to be going back there this past weekend. However, once I arrived, my friends and I decided to get out and do some sightseeing (aka drinking), and that seemingly made St. Louis a little but hipper.

First off, we headed out to Washington Ave and had dinner at Lucas Park Grill. Nice meal, maybe a tad expensive, but overall a good eating experience and the waitress we had was very helpful in assisting one of my friends in finding the perfect wine to go with his steak. I, on the other hand, skipped the wine and had a Blue Moon with a Chipotle pepper shrimp linguini. Tasty!

From there, we found ourselves hopping from The Side Bar to Flannery’s and then back to Lucas Park Grill. As the establishments began to fill up, we decided to take the action down to the Flamingo Bowl. From there, I proceeded to thrash all my friends in a couple rounds of 10 pin! But that’s besides the point. The point is…we had a great time…in St. Louis. So finally, after several stops, I can say…maybe you should give it a chance if you’re ever out this way!

For a quickee tour, let’s start at Busch Stadium (home of the hated Cardinals).

Union Station is a beautiful structure built in 1894 and was once the busiest train station in the world!

Of course you have The Arch (which I have yet to enter…).

This is NOT my photo…
And a new casino called “Lumiere Place” is a showcase of modern architecture. It’s also home to an outstanding buffet lunch! $14 all you can eat and it’s ALL good! 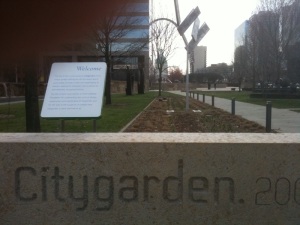 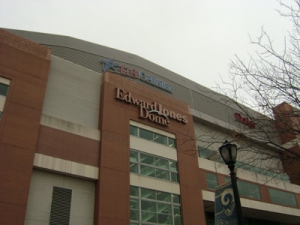 And the home of the St. Louis Rams, the Edward Jones Dome. 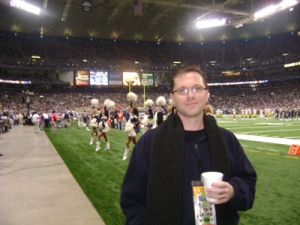 Courtside for the Buckeyes practice for the Sweet 16, 2010

If I could recommend a hotel, I’ll go with the one I’m in right now…the Westin St. Louis (ask for room 723!). Nice rooms and modern arrangements. I have stayed in others which are nice here also (the Hyatt Regency is connected to Union Station), but this one seems to be a highlight. 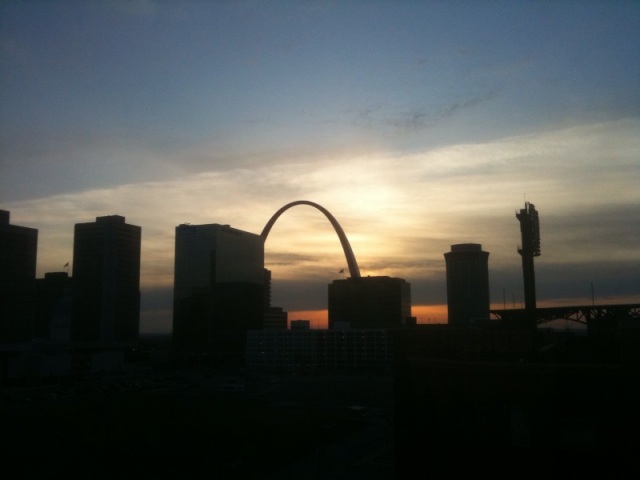