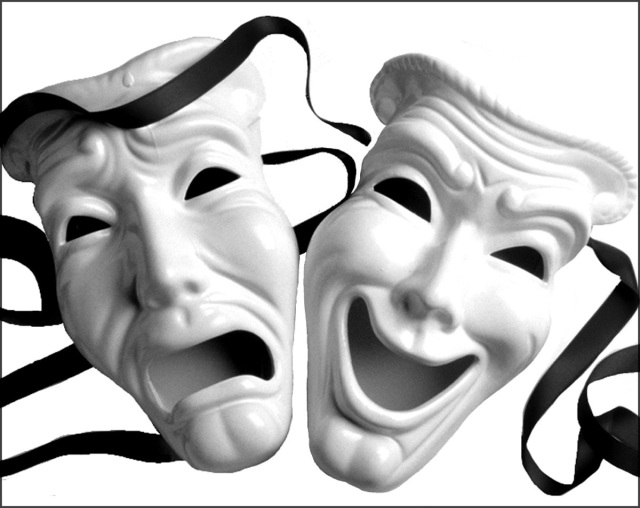 Yesterday at work there was a conversation between 3 co-workers that I was privy too that made me think about my situation. The conversation involved the question that usually comes in passing as you find yourself heading in one direction while the other is going in the other direction. Usually you smile and ask, “Hey…how are you doing?”

Now the most common misconception about this question is that it is just that…a question. According to most of those involved in yesterday’s conversation, that is not the case. Truthfully, the question “How are you doing?” is actually a way of saying “Hello and see you later.” Why this quick conversation struck me as interesting was because right now…I’m not okay. Quite frankly I am feeling kind of uninspired and injured and downright irritable. But no one wants to hear that. Especially not people at work who are trying to get their jobs done and go home to their friends and family as quickly as possible. Unfortunately…this also includes myself. I can’t tell you how many times I’ve asked (in passing) “Hey! How you doing?” and then found myself in a 15 minute one-way discussion while the other person rambles on about every ache & pain and every hardship that has fallen upon them in the last 12 months and eventually I’ve got to figure out how am I gonna get this person to shut up?

So now that I’m in a little pain (don’t worry family members, it’s nowhere NEAR what it was 4 weeks ago!) and under a little stress (money issues? Oh…woe is me) and sitting on what will be 6 months or more of no weekends off (it’s my job, what can I say?), I feel like I don’t want to say “I’m good! How are you?” and continue walking. But considering the conversation that went down yesterday, I am now thinking that keeping my mouth shut will be a good thing. Because no one wants to hear it. We ALL have our aches & pains, our stresses & responsibilities and the fact of the matter is, in our world today, you are a rare person who DOESN’T have something wrong in your life. Whether its money or scheduling or health issues or children raising problems or home problems or work related problems or something or other happening in your life, then you must be dead. Because there ain’t NOBODY that I know who has enough money or is healthy enough or loves his/her job enough or who considers their life to be hunky-dory and all is great and TRA-LA-LA let’s go play with the f$#%@ing unicorns and ride the rainbows and drink wine and sing happy songs!!!

Okay…well…that was a little weird but you get my drift.

I’m not saying NO ONE cares. On the contrary, I’ve had a lot of people ask me how I’m feeling and I truly believe that as long as I keep my answer to under a minute, they ARE curious and feel for me a little. But then they have to keep on moving, keep on working to keep from getting behind in their world and it’s off we go and no one really ever stops. Not really. We always keep moving and running from place to place, trying to keep our lives from folding up underneath us, swallowing us whole until every little fiber of our being is nothing but stress and anger and frustration.

This is a tough world we live in these days. Nothing comes easy. Recently I was discussing with my parents how they managed to survive with 6 kids and a business to run. “It was a different age.” is what I was told. “You couldn’t do it today,” my dad says. And he’s right. Not unless you’re making a hell of a lot of dough and willing to make some sacrifices. I imagine doctors make a ton of money but they are always on call. Lawyers make good bank but they are always at work. Politicians make a good paycheck but they are under a microscope. Me? I make enough to be considered low middle class. Where does this put me? Anywhere between $25 to $100 grand a year, college educated, politically more active than other demographics, and, according to sociologists Brian William, Stacy Sawyer and Carl Wahlstrom…

“The lower middle class… these are people in technical and lower-level management positions who work for those in the upper middle class as lower managers, craftspeople, and the like. They enjoy a reasonably comfortable standard of living, although it is constantly threatened by taxes and inflation. Generally, they have a Bachelor’s and sometimes Masters college degree.”

Yep. That’s me! And add in my back problems, my foot numbness and the fact that my work schedule can be exhausting at times and I would say that, as a whole, I’ve been better.

So, to be safe, I think whenever someone passes me from here on out, per yesterday’s conversation, my reply is ALWAYS going to be, “Good! But I’ve been better. How about yourself?” And that would be the truth. To the point and not too positive or negative. This way, I’m pretty sure we can agree that we are ALL on equal footing because honestly, that’s pretty much where we all are at this point. Good…but we’ve all been better. It’s unfortunate and somewhat sad but we are where we are and despite how unhappy that may sound, I think it’s at least truthful.

This entry was posted in Thoughts. Bookmark the permalink.