This year was another stellar Layton family get-together! As usual, we spent time hanging out with Mom & Dad, crashed at Uncle Frank’s home in the woods and had Thanksgiving dinner at Aunt Mandy’s house. Everyone got their fill (including Dad, who didn’t break his record speed for time spent eating dinner but still put in a good effort) and we played some card games, watched football and watched AJ show his older cousins how to play Madden 2018.

Although we didn’t get to go to a movie this year, Frank and I DID manage to watch a little bit of the underground classic, “The Room”, which is, without a doubt, one of the most ridiculous movies I’ve ever seen and I didn’t even get a chance to finish it! We also watched “Valerian And The City Of A Thousand Planets”, which wasn’t as bad as critics seemed to make it out to be. Actually…I kind of enjoyed it. 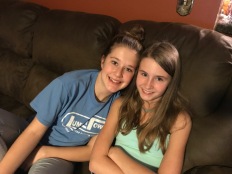 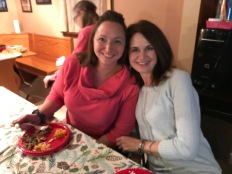 Also this year, Frank & I had the opportunity to play in our high school alumni basketball game! Even though we were on separate teams and had to play against each other, it was probably the most fun I’ve had playing basketball in a long time! Just wish I had played better. I had 4 points but also managed a couple bad airballs (mostly because I was sucking wind most of the game) and let Frank push me around a couple times on the baseline. Gonna have to fix that for next year! 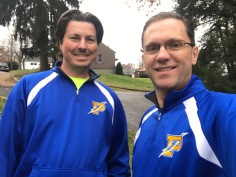 This entry was posted in A Look Back, Family Affair, My Life and tagged Alumni Game, basketball, Philo, Thanksgiving, Thanksgiving 2017. Bookmark the permalink.